Super excited that Jody LeHeup and Nil Vendrell have announced they are reuniting for Shirtless Bear Fighter 2, out in August. I loved the first series and can’t wait for this, which promises to be even wilder.

To celebrate here’s my fake movie poster for a film adaption of the first series starring Hugh Jackman, Eva Mendes and Ernie Hudson. 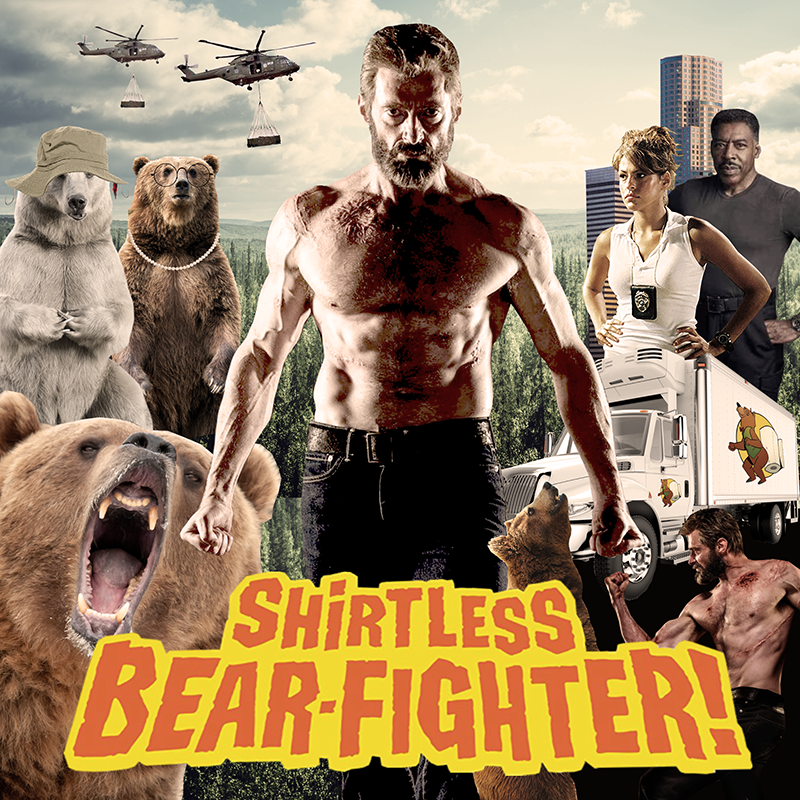 For those not familiar with the series, Shirtless Bear Fighter was a 2017 comic series from Image Comics, featuring the legendary Shirtless Bear-Fighter as he wanders the forest he’s sworn to protect, fistfighting bears, eating flapjacks, and being the angriest man the world has ever known! When wild-eyed, super-strong bears attack the citizens of Major City, Shirtless ventures into the human world to do what he does best…PUNCH THOSE BEARS IN THE FACE! You can read the first issue free online here.