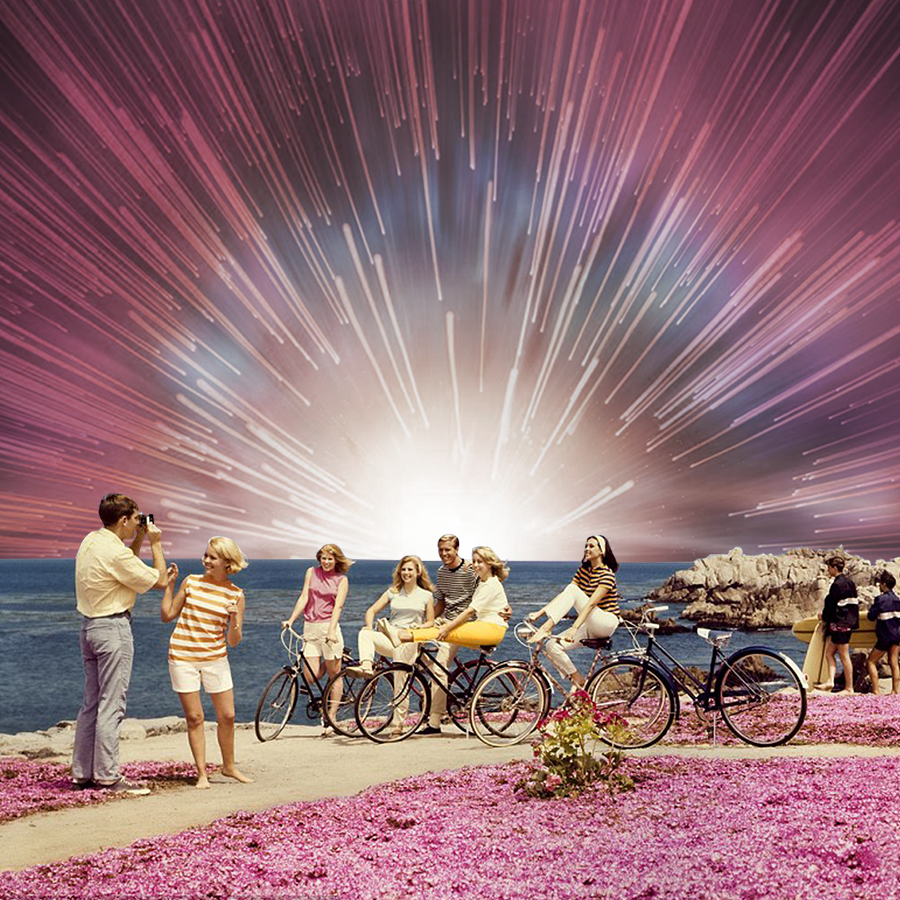 The bottom half of this image is from 1968 and was part of the ground-breaking Kodak Colorama campaign, 1950-1990, which depicted a wholesome, idyllic version of American life. This hugely successful advertising campaign found an amazing home in New York City’s Grand Central Terminal, where the panoramic images hung in the main concourse. For four decades, the 18-foot high, 60-foot wide images – billed as ‘the world’s largest photographs’ – hung in the terminal and were changed out every three weeks for new images. A total of 565 Colorama images were displayed as part of this installation.